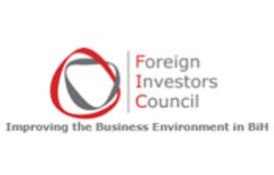 On the occasion of the World Bank’s new Doing Business report 2018 on ease of doing business, the FIC express its concern about the fact that Bosnia and Herzegovina is ranked at the very bottom among other European countries in the category ease of doing business, and also further downgraded to 7 places. The report did not come as a surprise to us, because in its structure and analyzed indicators it detects and suggests difficulties that are clearly indicated by the FIC in its publications, White Book FIC and FIC Barometer.

Current economic situation, results of the report, low level of foreign direct investment, low level of employment, standard and purchasing power of the population as well as the negative demographic trends, clearly indicate the need and urgency of the reform activity. By applying the same economic policies, only the same or insufficiently good results can be obtained, which means that decisive changes and reforms are needed.

In this sense, the original goals of the Reform Agenda are defined, in which the commitment to implementation of measures and laws is clearly expressed in order to eliminate barriers, reduce the tax burden on labor and capital, in order to reduce the level of the shadow economy, thus opening the way to entering fresh capital, investments, new employment and a better standard. In the end, this will result in more positive demographic trends. The issue of economics and the need for genuine and substantive changes in economic policies clearly points to the need for adequate action.

We believe that this report should be a call for alarm and action, and hereby FIC publicly appeals and asks all levers of executive and legislative power at all levels in Bosnia and Herzegovina to take actions more decisively and boldly. We recall that most solutions and recommendations to solve difficulties can be found in the new edition of the White Book. Every new measure should be more favorable for the company and in no case more unfavorable. Realization of the recommendations from the White Book would significantly improve the business environment in Bosnia and Herzegovina, the level of GDP growth, foreign and domestic investment, employment and citizens’ standards.