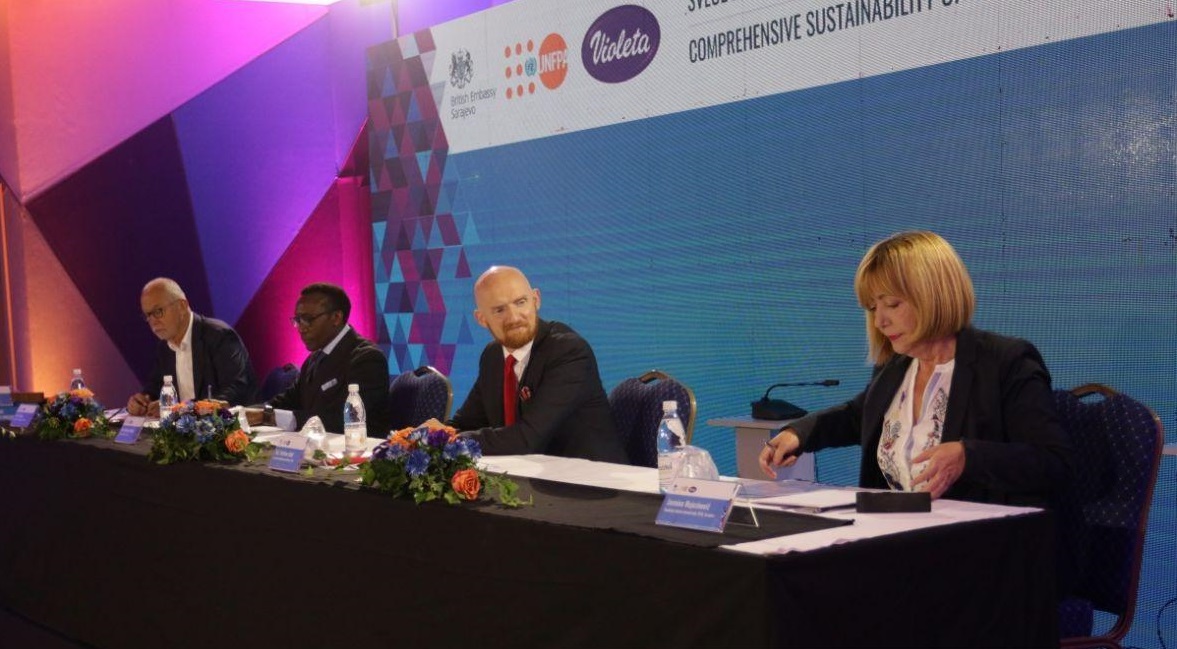 Representatives of the United Nations (UN), the British Embassy in BiH and Violeta organized a ceremonial signing of a donation agreement with representatives of eight safe houses in Sarajevo.

The signing ceremony was magnified by speeches of Ingrid Macdonald, UN Resident Coordinator in BiH, John Kennedy Mosoti, UNFPA Representative for BiH, Matthew Field, British Ambassador to BiH, Petar Ćorluka, President of the Violeta Board, Dragana Petrić, representative of the Lara Foundation from Bijeljina and Jasna Zečević, representative of Viva žena from Tuzla.

On that occasion, Macdonald expressed hope that this support will significantly help safe houses in implementation of their services and activities. The British Ambassador Field reminded that every second woman in BiH experienced a certain form of violence in adulthood.

Ćorluka pointed out that Violeta stands for maximum equality and tolerance towards women, children and everyone. Petrić expressed gratitude for the help and support received by safe houses and organizations.

Aware of the problems that safe houses in B&H are facing within the context of the COVID-19 pandemic and given the crucial importance of their existence, work and contribution to a society that seeks to eliminate gender discrimination and all forms of violence, the United Nations Population Fund (UNFPA) , the British Embassy in B&H and Violeta, as socially responsible company, decided to support and facilitate the stay of users of the following safe houses:

Viva žene from Tuzla, Better Future from Modriča, Medica Association from Zenica, United Women from Banja Luka, Lara Foundation from Bijeljina , The Association of Women of BiH from Mostar, Women from Una from Bihać and the Foundation for Local Democracy from Sarajevo.

By signing the document, the users of safe houses received financial support from UNFPA in the amount of 63,000 KM and mobile devices for the Viber SOS line, 48,000 KM from the Government of the United Kingdom, as well as yearly hygiene supplies from Violeta in the amount of 30,000 KM.