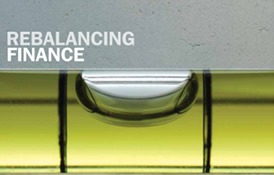 Sarajevo, 11 February 2016 – The European Bank for Reconstruction and Development launched its Transition Report 2015-16 “Rebalancing Finance €ť in Sarajevo. The Report outlines some of the key developments in Bosnia and Herzegovina over the past year and discusses the transition challenges ahead – for BiH and for the wider region.

A presentation of the EBRD’s Transition Report 2015: Rebalancing Finance was followed by a discussion on the economic potential of the country and further opportunities for cooperation between BiH and the EBRD.

During the past decade, the global financial system has undergone major changes and nowhere have these changes been more profound than in the countries where the EBRD invests.

The EBRD Transition Report 2015/16 – Rebalancing Finance – looks at the evolution of finance in the transition region following the crisis of 2008-09 and considers the question of how finance should be rebalanced to provide more diverse and stable funding flows in support of economic development.

The report notes that, seven years after the eruption of the global financial and economic crisis, growth across the transition region as a whole is close to zero and that income convergence with more advanced economies has stalled.

At the same time, a dramatic reduction in external imbalances in the region has come at the expense of investment. “The region needs to invest around US$ 75 billion more per year to bring investment back to the levels expected of economies at this stage of development, €ť the report says.

The conclusions in the Transition Report – the calls for financial sector rebalancing – are based on analysis of unique data that reflect the EBRD’s unparalleled ties to financial institutions, private equity investors and firms across the region.

The online version of the report also has a detailed assessment of macroeconomic developments and structural reforms in Bosnia and Herzegovina and other countries of the region, and the challenges ahead for 2016.

Since the start of its operations in Bosnia and Herzegovina, the EBRD has invested more than €1.8 billion in more than 127 projects in the country. The Bank invests in infrastructure development, support for small and medium-sized enterprises and the strengthening of the financial sector.