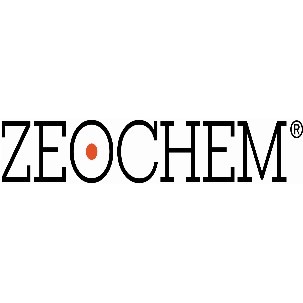 Zeochem is a quality-oriented Swiss company with locations throughout the world. Zeochem, a manufacturer of high-quality molecular sieves, chromatography gels and deuterated compounds, was established more than 200 years ago. With manufacturing facilities in Rüti, Switzerland; Louisville, Ky. (USA); Donghai, China; and Zvornik, Bosnia and Herzegovina, they offer a wide range of high-performance products and provide coordinated global support. For more information visit the website https://www.zeochem.com

The company has its own transport capacities (fleet of trucks and trailers / semi-trailers for regular and all types of oversized and overweight transport) as well as its own mobile cranes of different capacities (from 5 to 220 tons), and operates in BiH and Europe. In addition to a large number of business partners and service users in BiH, the company has developed a significant network of business associates throughout Europe, which allow to provide services efficiently and affordably in markets outside BiH. Due to aforementioned reasons more than 80% of company revenue is generated in EU. Since its establishment, the company is in constant growth and expansion both in terms of business volume, and in a variety of services and markets it covers.

EOS MATRIX d.o.o. was founded in early 2011 in Sarajevo and has been operating in the Bosnian market for almost 11 years. EOS MATRIX d.o.o. Sarajevo belongs to the EOS Group, the leading European provider of financial services in the field of receivables management. The EOS Group, based in Hamburg, is an international corporation that largely provides its services in the European Union as the most regulated financial market in the world.

EOS provides its services in 26 countries, in over 50 branches, and together with the partner network, it is present in more than 150 countries. Today, the EOS Group employs almost 7,000 people and supports 20,000 clients worldwide.

Molson Coors Brewing Company is the world’s third largest brewing company with more than 90 outstanding brands that delight beer lovers around the world. It employs about 9,000 people. The company manufactures, advertises and sells a range of leading premium brands, such as: Coors Light, Molson Canadian, Blue Moon, Killian’s and Cobra in North and South America; Carling, Staropramen, Jelen, Ožujsko, Nikšićko, Borsodi, Kamenitza and ThunderBolt in Europe and Asia. It has operating segments in Canada through Molson Coors Canada; in the United States through MillerCoors; in the UK and Ireland and Central Europe through Molson Coors Europe and in the international market through Molson Coors International. Molson Coors is listed on the Dow Jones Sustainability Index for North America and is constantly looking for ways to improve its brewing image.. Molson Coors in Bosnia and Herzegovina operates through Molson Coors Banja Luka, founded in 2011 based in Banja Luka, with the main activities of importing and supporting sales and marketing activities of beer brands of our breweries, primarily breweries from Serbia (Apatin Brewery – Jelen), Croatia Zagreb Brewery – Ožujsko) and Montenegro (Trebjesa – Nikšićko). Other brands of Molson Coors Banja Luka are: Niksic Beer, Apatin Beer, Staropramen, Beck’s, Lowenbrau, Stella Artois, Corona, Hoegaarden, Leffe, Blue Moon, Worthington’s and Miller. Molson Coors Banja Luka, as a member of the Molson Coors Brewing Group and a socially responsible company, operates according to the following priorities: responsibility towards employees and the community, the environment, responsible consumption and the creation of long-term economic values.

For more information about the Molson Coors Brewing Company, visit the website http://molsoncoors.com.

LYKOS Balkan Metals d.o.o. based in Bijeljina is a B&H subsidiary of the Australian company LYKOS Metals Limited, which is listed on the Australian Stock Exchange (ASX: LYK). LYKOS Metals Limited through LYKOS Balkan Metals d.o.o. Bijeljina plans to invest in geological research of base and precious metals at three locations in Bosnia and Herzegovina. The research will be conducted in the municipalities of Petrovo, Mrkonjic Grad, as well as in part Jezero and Shipovo, and in the municipality of Cajnice. LYKOS’s research venture, which should bring a significant boost to the economy of Republika Srpska and Bosnia and Herzegovina, will be based on research into economically viable reserves of lead, zinc and copper ores in order to open environmentally sustainable mines. The conditions for listing on the ASX dictate strict business rules from the start and the global standards of environmental sustainability that LYKOS has committed itself to adhering to. These standards impose environmental protection as an absolute priority on which business success depends.

Founded in 1987, Huawei is a leading global provider of information and communications technology (ICT) infrastructure and smart devices. We have approximately 197,000 employees and we operate in over 170 countries and regions, serving more than three billion people around the world.

Huawei’s mission is to bring digital to every person, home and organization for a fully connected, intelligent world. To this end, we will: drive ubiquitous connectivity and promote equal access to networks to lay the foundation for the intelligent world; provide the ultimate computing power to deliver ubiquitous cloud and intelligence; build powerful digital platforms to help all industries and organizations become more agile, efficient, and dynamic; redefine user experience with AI, offering consumers more personalized and intelligent experiences across all scenarios, including home, travel, office, entertainment, and fitness & health.