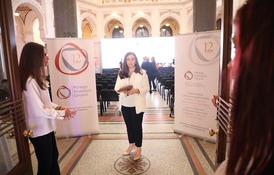 SARAJEVO – On July 3, 2018, the Foreign Investors Council (FIC) presented the 2nd edition of the FIC Business Barometer which reflects the position of the FIC members that account for 70% of the total foreign investments in BiH. The results of the research conducted among the FIC members will be used to improve the business environment, the regulatory framework, the efficiency of the administration, as well as the position of both domestic and foreign investors in Bosnia and Herzegovina.

The FIC expects the results of the research to be used as a basis, a roadmap and a focal point for making future decisions and economic policies, including tax and contribution policies, improving the rule of law and encouraging investment in BiH, ultimately resulting in faster and higher growth of gross domestic product, employment and standards of citizens of Bosnia and Herzegovina.

The FIC on this occasion also celebrated 12 years of active work and joint cooperation on improving the business climate and economic environment in Bosnia and Herzegovina.

The FIC I is a unique non-governmental and independent association that actively lives its mission – proposes very concrete solutions that arise from the dialogue between the private and public sectors and as a result they have a continuous contribution to the economic progress of Bosnia and Herzegovina. The unique voice of investors, togetherness and association are the key elements of the FIC growth which, from the good idea and the small dedicated team, has grown into a credible, innovative and significant partner of power at all levels of government in the country in the ever-growing reform processes they are undertaking.

In addition to the representatives of the FIC companies, the gathering was attended by a large number of senior officials, representatives of state and entity governments, the media, educational institutions, diplomatic corps, chambers of commerce, European Union delegation and other international and development agencies operating in Bosnia and Herzegovina whose goals coincide with the goals of the FIC in the direction of creating a more favorable business and living environment.

By its continuous activities to eliminate and identify the barriers crucial to further development of the economy and to stimulate investment through the provision of support for reforms, the FIC positioned itself as a legitimate representative of foreign investors in Bosnia and Herzegovina as well as a key supporter, partner and interlocutor to government officials and coordinator of advocacy and initiation of changes for the development of the economy and attracting foreign investments.

On this occasion President of the FIC, Mr. Branimir Muidza, said: “Thanks to the” White Book “and” Business Barometer” and through open dialogue we continually provide input to the authorities in Bosnia and Herzegovina regarding the main obstacles that investors face every day while, at the same time we offer concrete recommendations and solutions for the same obstacles to prevail, all with the aim of creating a more favorable, predictable and stable business environment, as well as creating conditions for attracting foreign direct investments. All this is in the interest of both investors and citizens of BiH, because the adoption of our initiatives would lead to additional economic growth, employment and higher citizens’ standards. That is why we expect political determination, more concrete and bold economic measures, and every new decision and tax solution to be more favorable for the companies. Economy in Bosnia and Herzegovina can and should be better “.
Click  here to view the photo gallery.
previous
Održana sjednica Savjeta za strane investitore Federacije BiH
next
The Fourth Sarajevo Arbitration Day