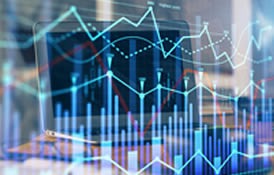 Below is a FIC’s request addressed to members of the House of Peoples and the House of Representatives of the FBiH Parliament, the FBiH Government and the FBiH Securities Commission.

“We have been informed by the members of the Foreign Investors Council in Bosnia and Herzegovina (FIC BiH), a large number of companies and banks that the work of the FBiH Securities Commission (hereinafter: the Commission) has been suspended as a result of not appointing new members of the Commission. at the last session of the House of Peoples of the Parliament of the Federation of BiH on December 19, 2019.

We hereby urge that the issue of appointing the members of the Commission be included in the next session of the House of Peoples or that a transitional solution be found that will enable the continuation of work.

The status of the Commission has put investors at a disadvantage and causes direct material damage due to the inability to invest funds that are intended and already operational in the securities market. The suspension of the work of the Commission primarily affects the impossibility of recapitalization of companies, preventing them from fulfilling their legal obligations and strengthening the capital base.

We believe that resolving this issue is in the interest not only of investors but also of other entities in the FBiH securities market, and we assess that the current status of the Commission is unacceptable and unsustainable, and that the negative consequences are far-reaching. Following the above, we request that the resolution of this issue be approached as a matter of urgency, with due care and respect for its importance, and to find a solution that will ensure the continuation of the Commission and thus exercise their legal powers and smooth functioning of the securities market in the Federation. BiH”- stated in FIC’s request.

previous
Initiative to amend the new Rulebook on the application of the new Law on VAT of BiH with special reference to the sale of goods in a row and its treatment in the VAT system
next
ManpowerGroup Report: What workers want in 2020 - Davos