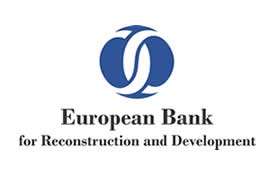 President Chakrabarti will meet governments and businesses to reaffirm EBRD support for regional dialogue; announce Annual Meeting 2019 to be held in Sarajevo

The President of the European Bank for Reconstruction and Development (EBRD) Sir Suma Chakrabarti is visiting two Western Balkans countries next week in the second phase of his wider regional tour. President Chakrabarti will visit Bosnia and Herzegovina from 30 to 31 August, and Serbia from 31 August to 1 September. In late July the EBRD President visited Kosovo, Albania and Montenegro. The tour will culminate in a speech, delivered in the Serbian parliament, about EBRD support for the regional integration of its countries of operations and the EU approximation of the Western Balkans. The President will also announce that the EBRD Annual Meeting and Business Forum in 2019 will be held in Sarajevo, the capital of Bosnia and Herzegovina. He will meet top officials in both countries to discuss the growing importance of the Western Balkans for the EBRD, and the Bank’s role in the region. The President will also meet representatives of the business and diplomatic communities and of international financial institutions active in the region.

In Sarajevo, he will meet the country’s leaders, sign a loan agreement to finance a water network extension in the municipality of Visoko in central Bosnia, and speak at a reception to celebrate the Bank’s 25th anniversary as well as 20 years of the EBRD in Bosnia and Herzegovina. In Belgrade, President Chakrabarti will meet Prime Minister Aleksandar Vučić, and representatives of the diplomatic, financial and business communities. The EBRD President will deliver a speech at the National Assembly (parliament) of Serbia, where he will praise European integration “as a powerful force promoting efficient markets and reform €ť. He is expected to say that the Western Balkans region €ťknows better than most how important cooperation is as an investment in the future €ť. Increasing cooperation between Western Balkans countries as they work on their approximation with the EU is already bearing fruit, he will argue. The EBRD President will also stress the importance of integration for growth and competitiveness and talk about “internationalist values that are at the heart of the EBRD’s mandate €ť.

Ahead of the visit, President Chakrabarti said: “The Western Balkans is one of our priorities. We remain committed to actively supporting regional integration, including better connectivity in the areas of transport and energy. I am looking forward to deepening our cooperation further and discussing new ideas during my visits to the region. €ť The EBRD is one of the largest investors in the Western Balkans, where it has invested a total of over €9.5 billion, financing a wide range of crucial projects in infrastructure, energy and the financial sector, providing support after the global financial crisis and the devastating floods of 2014. The EBRD is also active in policy dialogue, including efforts to improve the business climate and corporate governance, support renewable energy, strengthen financial sector stability (under the so-called Vienna Initiative) and boost various sectors including agriculture. In Bosnia and Herzegovina, the EBRD has invested €1.9 billion during the last 20 years in 133 projects. In Serbia, the EBRD has invested about €4.4 billion in 204 projects to date.