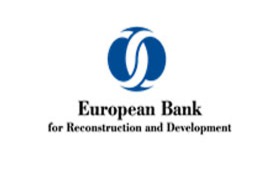 Investment programme of over €700 million envisaged by 2020

The EBRD is offering a massive increase in its support for the development and modernisation of the road infrastructure in Bosnia and Herzegovina.

A Memorandum of Understanding signed today between the EBRD and the Ministers of Transport and Communications of the Federation of Bosnia and Herzegovina (FBiH) and Republika Srpska (RS), outlines an investment programme of over €700 million for the period 2018-2020.

Expanding the country’s road infrastructure and building modern motorways is a key requirement for the integration of Bosnia and Herzegovina and its economy with the region and strengthening links with western Europe. Improving connectivity is of critical importance for the Western Balkans economic convergence.

EBRD President Suma Chakrabarti said: “We are very pleased to sign this Memorandum of Understanding today. After the recent breakthrough at the political level we are now ready to deliver the projects which have been under preparation for some time and which are overdue for the future prosperity of the country. With these roads Bosnia and Herzegovina will move closer to where it belongs – the centre of Europe. €ť

Denis Lasić, Minister of Transport and Communications of the Federation of BiH, said: “The signing of the memorandum reconfirms our joint goal, which is to create the preconditions for the implementation of capital infrastructure projects in BiH and to continuously and persistently work on the economic development of the country. €ť

Nedjo Trninić, Minister of Transport and Communications of Republika Srpska, added: “Republika Srpska is committed to the development of infrastructure projects, and the support of the EBRD is very important for the implementation of these projects. This memorandum confirms the excellent cooperation that has been developed over the years between our government and the EBRD.”

Since the beginning of its operations in Bosnia and Herzegovina, the EBRD has invested more than €2.1 billion in over 146 projects in the country. The Bank focuses on supporting restructuring and expansion of the local private sector, forging closer links with wider regional markets and promoting a more efficient and sustainable use of resources.